The Bankruptcy Alphabet – C is for Credit Card Tips 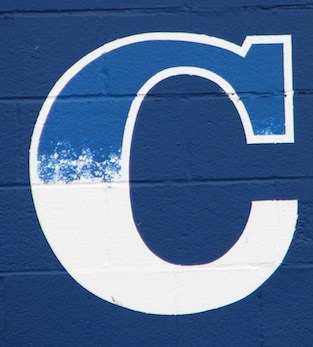 For most of my clients, credit card debt is the biggest unsecured debt they have. So I decided to dedicate “C” in my bankruptcy alphabet to Credit Card tips.

1 – Once you’ve realized your debt problems have gotten over your head, stop using credit cards. Using credit cards when you have no intention of repaying the debt is the very definition of fraudulent use. If you decide to file bankruptcy, your recent purchases may be scrutinized for fraudulent behavior and possible nondischargeability actions. Spending $100 on food or gasoline is going to look a lot different than spending $1000 on a new plasma screen TV. Rather than trying to justify your purchases after the fact, just stop using the cards once you see that you won’t be able to repay the debt. Start getting in the habit of using debit cards or paying cash for your living expenses.

2 – As soon as you decide to file for bankruptcy, stop making payments on all of your credit cards. Assuming you file a Chapter 7 or Chapter 13 bankruptcy, any money you pay the credit card companies is just throwing good money after bad. Instead of paying $50 toward the interest and late fees from 8 months ago, use that $50 to buy groceries or pay your utility bill. Don’t fall into the trap of paying one card off so you can keep using it after the bankruptcy. The major banks subscribe to services that let them know when their customers file bankruptcy. If you have a credit card with them, most banks will cancel that card immediately, whether or not you owe anything on it. If you don’t owe anything on the card, the bank may be more willing to give you another card shortly after you receive your discharge, but they’re still going to cancel the existing card. Paying off a card prior to filing bankruptcy just to ensure you can get another card later is a poor financial decision in virtually all cases. See #4 below for the reasons why.

3 – When you file your bankruptcy case, be sure to disclose all of your credit card accounts to your attorney. Failing to list your favorite card with your other debts isn’t going to keep it out of the bankruptcy. If you owe money on that Bank of America card, federal law requires you to disclose it. Even if you don’t owe anything on it, you should let your attorney know about the card so he or she can advise you on the proper way to handle the card in your particular situation.

4 – You’ll likely get credit card offers within 6 months of filing bankruptcy. After all, the banks know that you won’t be eligible for another bankruptcy discharge for 4-8 years, so they see you as a pretty low-risk customer. Taking one of these offers isn’t necessarily a bad thing, as long as you follow two simple rules: Only take a card with no annual fees, and always pay your bill in full and on time. This will help you rebuild your credit without causing you to pay interest or late fees on your purchases. Keep in mind that applying for credit cards shortly after your bankruptcy discharge is a risky choice. You’ve just emerged from bankruptcy debt-free. Are you sure you want to dive back into the credit card trap?

Share your own credit card tips in the comments below!

Bankruptcy attorneys from around the country are taking part in this “Bankruptcy Alphabet” exercise. Please take a few minutes to check out these other blog posts on the letter “C.”

END_OF_DOCUMENT_TOKEN_TO_BE_REPLACED

END_OF_DOCUMENT_TOKEN_TO_BE_REPLACED
More from my Blog