The Bankruptcy Alphabet – D is for Declaring Bankruptcy 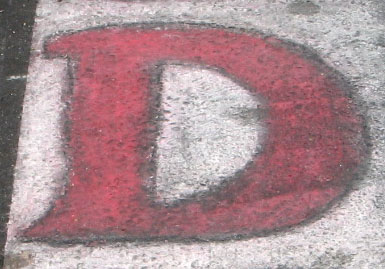 The most common consumer bankruptcy cases are filed under Chapter 7 or Chapter 13 of the Bankruptcy Code. In the Western District of Wisconsin, a Chapter 7 case will usually be concluded about three months after filing. A Chapter 13 case involves repaying a portion of your debt through a 3-5 year plan. But the process of filing the case (aka “declaring bankruptcy”) is quite similar, regardless of the Chapter.

Both Chapter 7 and Chapter 13 cases require a Petition, Schedules, a Statement of Financial Affairs (SoFA), a listing of all creditors with addresses, a Statement of Current Monthly Income/Means Test, and various disclosures. Chapter 13 filers are also required to file a proposed plan showing how the debtor intends to repay certain debts.

Petition: The petition is the first part of the bankruptcy paperwork, identifying the debtor and asking the Court for its protection.

Schedules: The Schedules usually make up the largest portion of the bankruptcy paperwork. Schedules A through J disclose the debtors assets, debts, income, expenses, executory contracts, leases, and co-debtors. The Schedules also categorize the debts as secured, unsecured, or priority.

Creditor Matrix: Along with the list of creditors, bankruptcy filers must provide the Court with the addresses of all creditors. It is important that all creditors receive notice of the proceedings, so I will usually list a couple of different addresses for each creditor to make sure the notices get to the correct people. Internet payday lenders are notorious for hiding behind fax numbers and email addresses rather than giving a valid mailing address. But they are still entitled to notice of the bankruptcy, so we do our best to find an address.

As you can see, filing bankruptcy is not a simple undertaking. Every case is different and there is no such thing as a “standard” filing. Simply saying (or even declaring) “BANKRUPTCY!” doesn’t cut it.

Bankruptcy attorneys from around the country are taking part in this “Bankruptcy Alphabet” exercise. Please take a few minutes to check out these other blog posts on the letter “D.”

END_OF_DOCUMENT_TOKEN_TO_BE_REPLACED

END_OF_DOCUMENT_TOKEN_TO_BE_REPLACED
More from my Blog