The Bankruptcy Alphabet – U is for Upside-Down Vehicles 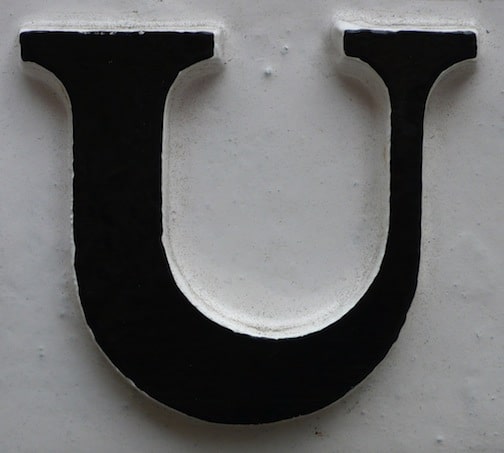 So you’ve got an upside-down car. How can you deal with it in bankruptcy?

First, a little terminology. An upside-down vehicle simply means that the vehicle is worth less than is owed against it. A $5,000 vehicle with a loan balance of $7,000, that sort of thing. Saying the car is “underwater” is the same thing.

If you have an upside-down car or truck, bankruptcy may be able to help. I’ll take you through the options using this scenario: Debtor owns a 2001 car with a fair market value of $3,000. Debtor also has a loan with Big Bank, with a current balance of $15,000. Big Bank has a lien on the car, securing its loan. If Debtor files bankruptcy, how can he deal with this debt? (That sounds a lot like a law school question…)

– Debtor could surrender the car in his bankruptcy. Big Bank would get the car, but nothing else. If Debtor surrendered the car outside of bankruptcy, Big Bank would sell it at an auction for around $20 and then sue Debtor for the deficiency (the difference between the value of the collateral and the loan balance). In bankruptcy, Big Bank couldn’t sue for the deficiency. Unless this car has sentimental value to Debtor, this isn’t a bad option.

– Debtor could redeem the vehicle in a Chapter 7. By redeeming, Debtor would pay Big Bank a lump sum of $3,000 and Big Bank would release its lien. There are places that will give loans for this type of transaction, but their interest rates are quite high. It’s usually best if a friend or family member can lend the money to redeem. If Debtor can come up with the necessary funds, redemption is a great way to keep the upside-down car without overpaying for it.

– In a Chapter 13 bankruptcy, Debtor might be able to cram down the loan. In a cram down, Debtor would pay the value of the vehicle over the life of the Chapter 13 plan. It’s similar to redemption, but a lump sum payment isn’t required. Debtor cannot cram down the loan if the car was purchased less than 910 days before the bankruptcy was filed AND the loan was made to purchase the car, i.e. it wasn’t a refinance.

– Whether or not he can cram down the loan, Debtor can modify the interest rate in a Chapter 13. Instead of paying the 8% – 13% contract rate, he can pay the Till rate (long story short, it’s around 4.5%). Depending on the contract rate, this could save Debtor quite a bit of money.

As you can see, there are quite a few options for dealing with an upside-down vehicle in bankruptcy. Which one is best for you will be determined by your individual circumstances. Your bankruptcy attorney can give you advice specific to your situation.

Bankruptcy attorneys from around the country are taking part in this “Bankruptcy Alphabet” exercise. Please take a few minutes to check out these other blog posts on the letter “U.”

END_OF_DOCUMENT_TOKEN_TO_BE_REPLACED

END_OF_DOCUMENT_TOKEN_TO_BE_REPLACED
More from my Blog